The person shown on the obverse is Kumaraswami Kamaraj, one of India's political leaders who hailed from the Southern state of Tamil Nadu. Kamaraj was a kingmaker and worked behind the scenes to elevate people like Lal Bahadur shastri and Indira Gandhi to the position of Prime Minister.
Kamaraj was born into a family of Nadars, the traditional toddy tapping community in Southern Tamil Nadu, and had little formal education.
Politics attracted Kamaraj at an early age after seeing Mohandas Gandhi at a meeting in the nearby temple city of Madurai.
Kamaraj quickly joined the Congress party and national resistance against the British colonists. For his protests against the British, Kamaraj was thrown into jail several times and spent eight years in prison.
Hailing from a low caste, Kamaraj naturally threw in his lot with the non-Brahmins, who were resentful of the domination of the Brahmins in state politics.
Kamaraj became Chief Minister of Madras in 1954, a post he held until 1963. During his stint as Chief Minister, he introduced the mid-day meal scheme for poor children, a step that was later significantly expanded by one of his successors M.G.Ramachandran.
Kamaraj became president of the Congress party in 1964 under the so called Kamaraj Plan, which led to several senior Congress ministers in Jawaharlal Nehru's cabinet and Chief Ministers resigning so that they could devote their energies to revitalizing the party.
Kamaraj is believed to have led a spartan life unlike most Indian politicians for whom politics is just an easy way to feather their nest.
Writing in The New York Times, the late Pulitzer Prize winning journalist J.Anthony Lukas described Kamaraj thus:
"Kamaraj's real achievement, then, has not been in remaking the party but in manipulating the diverse and disputatious elements within it. His genius lies in dealing with men as they are, not in changing them, and this ability is based on a realistc assessment of human nature."
Despite the DMK-Congress (I) alliance, Kamaraj won the 1971 Parliamentary elections from the Nagercoil constituency with 58.37% of the total valid votes polled compared to 31.11% for his DMK rival M.C.Balan. Kamaraj was the sole victor for the Congress (O) in Tamil Nadu.
After the 1971 elections, the Congress (O) became completely marginalized in the country and Kamaraj's influence waned considerably.
A bachelor, Kamaraj died of a heart attack in Madras (now Chennai) on October 2. This simple man was honored with India's highest civilian award Bharat Ratna in 1976. 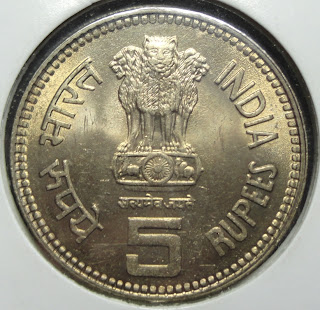 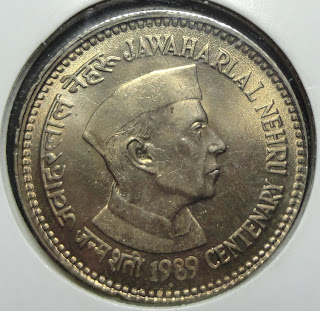 Pandit Jawaharlal Nehru, the first Prime Minister of independent India was born at Allahabad on 14 November 1889. He was the only son of Motilal Nehru and Swarup Rani. From the age of 15 to 23 Jawaharlal studied in England at Harrow, Cambridge and the Inner Temple returning to India in 1912.

Jawaharlal Nehru remained the Prime Minister of India for 17 long years and can rightly be called the architect of modern India. He set India on the path of democracy and nurtured its institution - Parliament, multi-party system, independent judiciary and free press. He encouraged Panjayati Raj institutions.

With the foresight of a statesman he created institutions like Planning Commission, National Science Laboratories and laid the foundation of a vast public sector for developing infrastructure for industrial growth. Besides, developing the public sector, Nehru also wanted to encourage the private sector to establish a social order based on social justice he emphasized the need of planned development. Nehru gave a clear direction to India’s role in the comity of nations with the policy of non alignment and the principle of Panchsheel, the five principles of peaceful coexistence at a time when the rivalries of cold-war were driving the humanity to its doom. His vision was that of extensive application of science and technology and industrialization for better living and liberation from the clutches of poverty, superstition and ignorance. Education to him was very important for internal freedom and fearlessness. It was Nehru who insisted if the world was to exist at all; it must exist as one. He was generous and gracious. Emotional sensitivity and intellectual passion infused his writings, giving them unusual appeal and topicality even today. He was awarded Bharat Ratna in 1955. He never forgot India's great cultural heritage and liked to combine tradition with modernity.

Nehru was a leading figure in India's struggle for independence, and was finally recognized as a political heir to Mahatma Gandhi. He became the first prime minister of independent India when he took the office on 15th August,1947 and gave a speech titled "tryst with destiny". That period was marked by communal riots due to lakhs of migrant refugees after the partition of India,. and Nehru was affected by the omnipresent violence and an atmosphere of apprehension and distrust. He tried to assuage the migrant refugees. But that non-violent attitude of his was also the reason of his two biggest failures: Firstly when Pakistan attacked Kashmir in 1947 and took a significant part of it. Secondly, India faced a humiliation at the hands of China in 1962 and took over 20,000 square kms of Indian territory. He also started the non aligned movement(NAM) along with two other leaders.

Jawaharlal was a prolific writer in English and wrote a number of books like ‘The Discovery of India’, ‘Glimpses of World History’, his autobiography, ‘towards Freedom' (1936) ran nine editions in the first year alone. His work ' The discovery of India' was later adapted into a television serial "Bharat Ek Khoj" which was aired on DoordarshanEmotional sensitivity and intellectual passion infused his writings, giving them unusual appeal & topicality even today. He was awarded Bharat Ratna in 1955.

Pandit Nehru loved children and they call him affectionately as Chacha Nehru. Hie birthday is observed as Children's Day. He believed that children are the future of the nation. Nehru passed away in 1964.

This coin marks the 50years of the khadi and village industries commission.The Khadi and Village Industries Commission is a non-profit group that serves to promote the use of khādī (a type of hand-woven cloth) in India. The group is government-run and serves to promote the use of khādī and small-scale khādī industries.
The group also gives licenses to companies that wish to manufacture the Flag of India.
Khadi Bhandar chain stores are managed as per the rules and guidelines by this organisation. These stores serve as outlets for products made by village industry. It is not restricted to sell khādī only. They also sell matchsticks, incense sticks, decorative items made from wood and earth, ahinsak (non-violent) honey, ahinsak leather items etc.
Also seen on this coin is a picture of Gandhiji, who was a fine exopnent of the khadi and village industries. Gandhiji wove his clothes on his own charkha, and encouraged everyone to boycott English made goods and use only indigenous hand made products like clothes.
Posted by Kulraj Singh at 11:56 PM